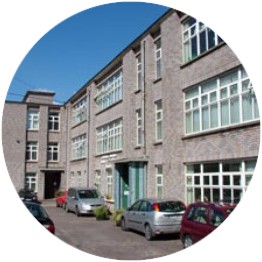 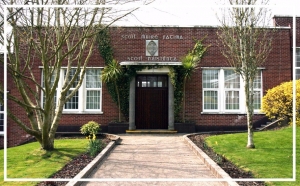 North Monastery Primary School is operated by the Christian Brothers through the Edmund Rice Schools Trust. The school caters for boys from 2nd to 6th class. Founded in 1811, the school, popularly known as ‘the Mon’, has a long and illustrious history in education and sport. 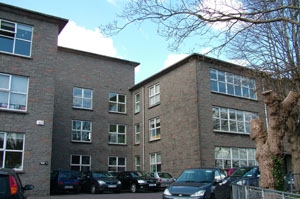 St. Vincent’s Primary School is a Catholic primary school catering for boys and girls from Junior Infants up to 1st class, and girls only from 2nd to 6th class.

Gaelcholáiste Mhuire, A.G. North Monastery, Cork, is a Catholic Secondary School for girls and boys under the trusteeship of Edmund Rice Schools Trust.

Since 1961 the A.G.-officially Scoil Mhuire, An Mhainistir Thuaidh- was based in the upper rooms of the red brick Bro. Burke Building. The A.G or Gaelcholáiste Mhuire, the official name since 1998 moved to a modern school building on the site formally occupied by the original monastery or House at the top of Ard Mhuire/Our Lady’s Mount in 2002. In 2001 the school went co-ed.

St. Vincent’s is a Catholic girls’ secondary school. Through a broad based curriculum, the school aims to educate each student so that she may achieve her full personal, social, spiritual and academic potential. The school is committed to enabling the student to develop a healthy self-image and to form positive relationships with others. Good relationships between home and school are encouraged, as these are essential to the educational process.

Inspired by the vision of Edmund Rice, the North Monastery , in its proud tradition, is committed in partnership with parents, to enabling all members of the school community to achieve their full potential in a caring environment where mutual respect, good order, discipline and positive self esteem are the values which guide us in our teaching and learning community. 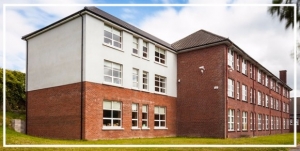 Scoil Cholmchille caters for boys from junior infants to sixth class. The school was recently refurbished, with a three classroom extension added. The school is child-centred, identifying and serving the needs of students and building on their strengths and interests. Classrooms are nurturing, caring places where students learn through the caring relationships they have with teachers in classes and through individual, pair and small group work.